They Replaced The Actor!

Movies and television shows are sometimes [mainly the latter] notorious for replacing a character with another actor. Now, I’m not talking about writing a character completely out of the story and replacing that role with another character. No. I’m talking about shows and movies such-as: Rosanne, The Office, Bewitched, The Fresh Prince of Bel-Air, Vacation, and so many others.

We’re not going to focus on things like Doctor Who, Batman, Superman and stories like those. These actually make sense in the fact that they all come from different universes, it’s written into the story-line as to why they have a different [including physical] appearance, and other details that are not relevant to the aforementioned paragraph. I don’t watch much “live” TV series nowadays as I hate the propaganda spitting advertisements and the fact that you get a 40 – 45 minute show or so horribly edited movie that shouldn’t last three hours makes me want to scream and break things. My OCD sometimes gets the best of me when I hear things like Young Guns II [1990] (side-note, I love Young Guns and Young Guns II. You people do not even understand...)

Doc Scurlock: Judas Priest Bonnie. You are NOT a GOD!

William H. Bonnie [A.k.a. Billy the Kid]: Why don’t you pull the trigger and find out?

I get editing things out or changing characters for a plethora of reasons. What I don’t like is the fact that these things are done and I’ve yet to see it turn out for the better. Minus Fresh Prince of Bel-Air which recast Janet Hubert-Whitten with Daphne Maxwell to play Vivian Banks after three seasons. With that as my present exception, not even movie franchises can seem to get it right. Vacation for example. Yes, the 1983 comedy classic with Chevy Chase. Originally the two that played Rusty & Audry Griswold were Anthony Michael Hall & Dana Barron. Two amazing actors that do not get enough praise for their skills. We move on to 1985, another family vacation for the Griswold family [European Vacation] but wait…. Audry gained a ton of weight and Rusty went through puberty but ran into the Quantum Leap in the middle of it it seems.

Although Vacation lived on and lived up to expectations, the visible change was enough to ruin a lot of it for me. Not saying I don’t enjoy them but they could’ve wrote the kids out and written in nephew and niece. Or is that too hard to do? Either way, doesn’t it seem counterproductive? They knew they were making another film in two years and could have contracted the original actors to continue playing their characters but no, Hollywood knows what’s best!

I’m sure someone, somewhere has a great explanation as to why they do not do this. However, I couldn’t bring myself to continue something without the original people playing the characters I wanted. I’d simply write it into the story-line. That’s what screenwriters and the creative department get paid to do anyway, right?

I’ve heard every excuse there is to hear from the actor had troubles on set to timing with another project and so many things that you want to rip out your eyelashes. Soap Operas are the number one culprit for doing this. Days of Our Lives have had three people play Roman Brady and two different actors play Bo Brady. On top of that, they try to make it seem as if nothing has ever changed. In today’s technology era [though] people go right to Twitter and Facebook questioning these moves. Do they ever get a response? Very few times from what I’ve seen. I try my best to keep up with what’s going on in the entertainment world because that was my first love. From behind-the-scenes to how many times a script was rewritten.

Did you know Sylvester Stallone was originally cast as Axel Foley and tried to rewrite the entire script because he had problems with the comedic elements? That’s Sly for ya.

It’s okay when an actor dies and they have to write them out such-as they did with the Fast And Furious franchise. Honestly, I completely respect the fact that after Paul Walker died and they brought in his brother [who truly resembles him anyway] and digitally fixed his appearance to look like his brother. The homage to Paul still sends chills up my spine. It was beautiful and enlightening that they respected Paul Walker was gone and wanted to show him, his family, friends, and those true to the franchise how much he was loved as well as the impact he made on those that watched his work.

Take Rosanne as an example. Remember Becky? She was the oldest daughter. The blonde haired chick. Yeah, that one. She was replaced MORE THAN ONCE!! Albeit, both actors played the same character. Lecy Goranson was originally cast as her, even as a young lad I realized when they brought in Sarah Chalke. Lecy went to college, good for her! But why not say that and leave Becky out of the picture? Lecy returned later and as a gag to viewers that wrote into the show in outrage and not really liking it, they switched who would play Becky from time-to-time until it’s ninth and final season [original] ending. Goranson was brought back in so she could reprise her role with Sarah Chalke playing a different character on ABC.

Yes, I’m complaining. But who doesn’t about something like this? Especially when it’s very noticeable. My mom, of all people, was the first to say something before I ever did. We were watching…. Wait for it… European Vacation and she said, “Audry got big! It’s not like it’s been a decade since the first movie.” If only that were a made-up quotation of my mom. Bewitched was the one that jumped out at me when I was younger and watching the two channels we could get for free with rabbit ears and aluminum foil on the 6” or 8” inch television set we had. [No joke, we had that. Like the kind you’d find in the 1980’s Cheverolet “camper” vans with beds in the back.] 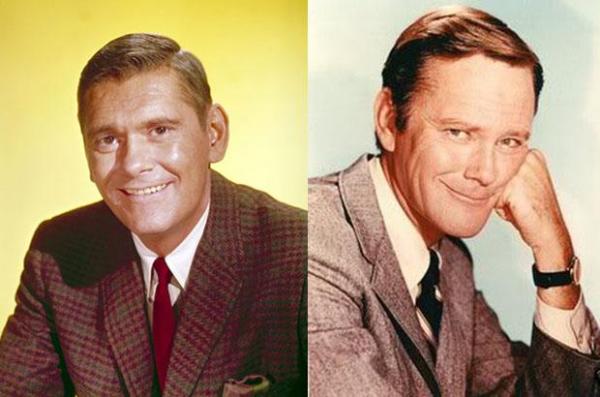 Don’t believe me? Some of you will remember the change after the fifth season that Darrin had some plastic surgery. Yup. You heard right, one of the biggest and main characters was replaced. Dick York had a horrible back injury that got the best of him and acting as he couldn’t continue on anymore so, what did the studio do? “Let’s recast him! No one will be the wiser!” If only studio executives weren’t so naive. Dick Sargent, [Whom is an amazing actor himself] was originally cast to play Darrin but producers said he was “too normal”…. What the HELL?! Too normal? Anyway. They went on to cast Dick Sargent as Darrin. People didn’t like the change but Bewitched continued on with three more seasons despite drops in ratings.

So I ask ye’ ole producers, studio executives, screenwriters, creative teams and anyone else that might have a hand in on this; WHY IN THE HELL DO YOU DO THIS TO YOUR LOYAL CONSUMER BASE?! Especially when it’s quite clear that the majority doesn’t like it. If it spins out to be great, good for you, but the past has shown that it is [more times than not] a horrible and stupid move. Just write that character out if the actor portraying them cannot be there. If you need to, hold off on a season or movie until said actor can portray that character again. Deadlines aren’t set in stone, you make them set in stone. I’ve heard that a lot as well. “We had to get this season out by this date and we had no other choice.” But you had a choice to abruptly end an episodic series with the ending as a cliff hanger? How many of you like that?

Before I finish, I want you to think of Luther and how the BBC does it correctly. Idris Elba is a talented and well-respected actor. Not only that, the man is busier than a Jehova’s Witness at a doors unlimited convention. What does BBC do for Luther instead of replace Mr. Elba? They work around his schedule! BBC has done this with so many television shows and their ratings and viewership is constant. Yes, they may have a year break between seasons now and then however, I’d rather wait a year for that actor to reprise their role than the studio, producers, etc. rush something just for money. 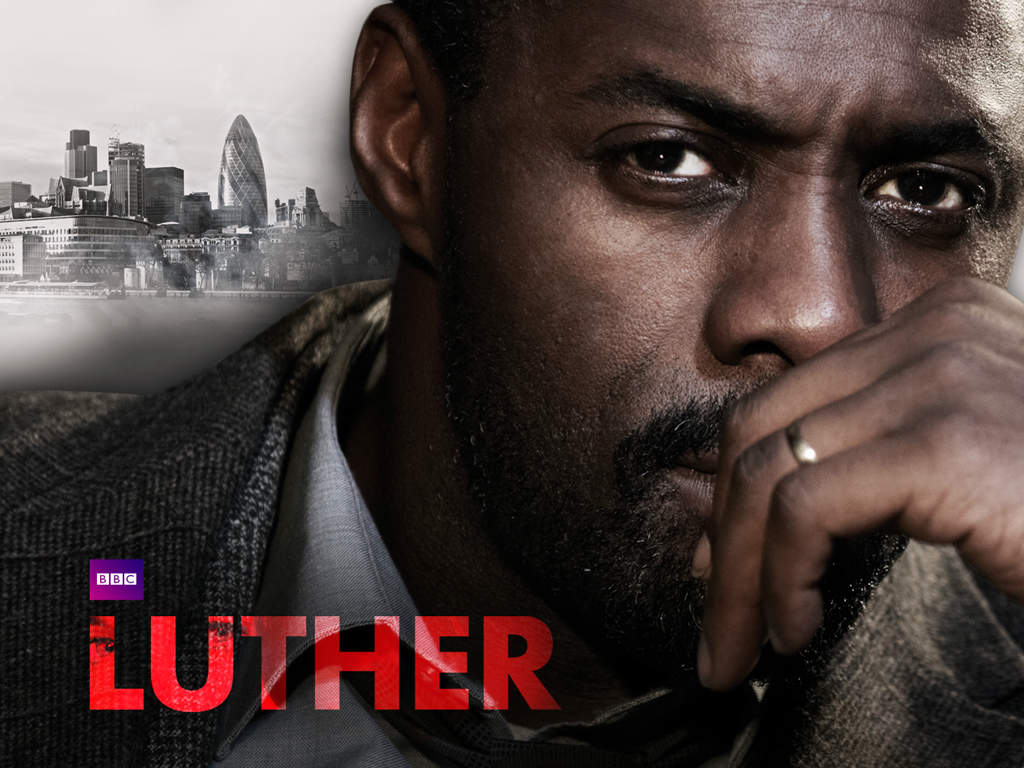 Now, to close my rant; If you’re someone in this position and you’re reading this then please answer as to why you cannot move your time tables around to make it fit or rewrite the story to conform to it. I’m just one person, maybe I’m asking for too much. I don’t expect you to cater to ME because, again, it’s only my opinion and opinions are the lowest form of human knowledge. Anyway, I’ve got to get back to finding a replacement for DV6 on BARRACKS TALK because we need someone who can’t remember shit, presses buttons during the show and doesn’t know what “Alt+F4” does when you tell them to do it.