Technology Over the Last 100+ Years And 2019's Upcoming Technology

Once upon a time, on an Earth not so far away…

In 1902, we seen the invent of air conditioning while just one year later we had the first powered airplane. It wasn’t until 1905 that automobiles received their first windshield wipers; 1928 seen the first television while it took eleven years afterwards to see the first helicopter take its first flight. Anyone born in 1995 until the present cannot not imagine a world without capturing every last moment on video, but it wasn’t until 1956 that the first video camera was demonstrated that recorded both images and sound, together!!

Ask anyone under the age of 25 to solve a math problem in their head or on paper and they’re going to whip out the nearest laptop, tablet, [but most likely] or their smart-phone. 1967, that’s when the world was introduced to a handheld calculator with 18 keys and a visual display output which would show up to 12 decimal points. Most calculators today will go until the display ends.

Speaking of smart-phones, how did we ever live without them? Well humankind did until 1979 when the first commercial cell phone was sold however, it wasn’t until 1983 that the United States would wrap their entire lives around them when they showed up in the country. Now, how are you reading this? It’s via the internet! Imagine today’s world without it; marketing would still be word by mouth, flyers, and overacting idiots on your nearest television or radio. We all survived without it until 1989 when the first version [Appropriately named, WEB, invented by Tim Berners-Lee] of the internet.

Mankind has come a long way in technology advances. Without it we wouldn’t be able to save lives, cultivate large amounts of provisions, complete multiple tasks as fast as we do, build safer habitats for humans as well as animals, the list is (truly) never-ending. In 2019 we may see some amazing technology but for the most part, things have calmed down over the last few years. You’ll be more apt to use the internet [As if you don’t already] and more of your favorite companies are still exploding onto the app market with eye/brain-catching marketing plans that suck you into their black-hole of battery consumption and overdraft bank fees.

The medical world has made some tremendous leaps in the last few years and was even able to “grow” a working, beating heart in a 3D-printer just three years ago. There are mixed reviews as some say it’s not their place to create organs to save lives. I say, if you can transplant one thing from another human then why not grow them an entirely new organ, especially if it’s life saving, from their own cells with the “evil” cells taken out? Can you imagine needing a kidney, liver, or even an ear and there’s nothing on the donor list or that the doctors can do? Then you find out that you’re able to have one 3D printed… FROM YOUR OWN CELLS! It’s truly magnificent. [Requesting Captain Jean-Luc Picard to Med Bay for approval.]

What are some upcoming technology gadgets and inventions that you’re looking forward to or have heard about coming in 2019? Let me know below! 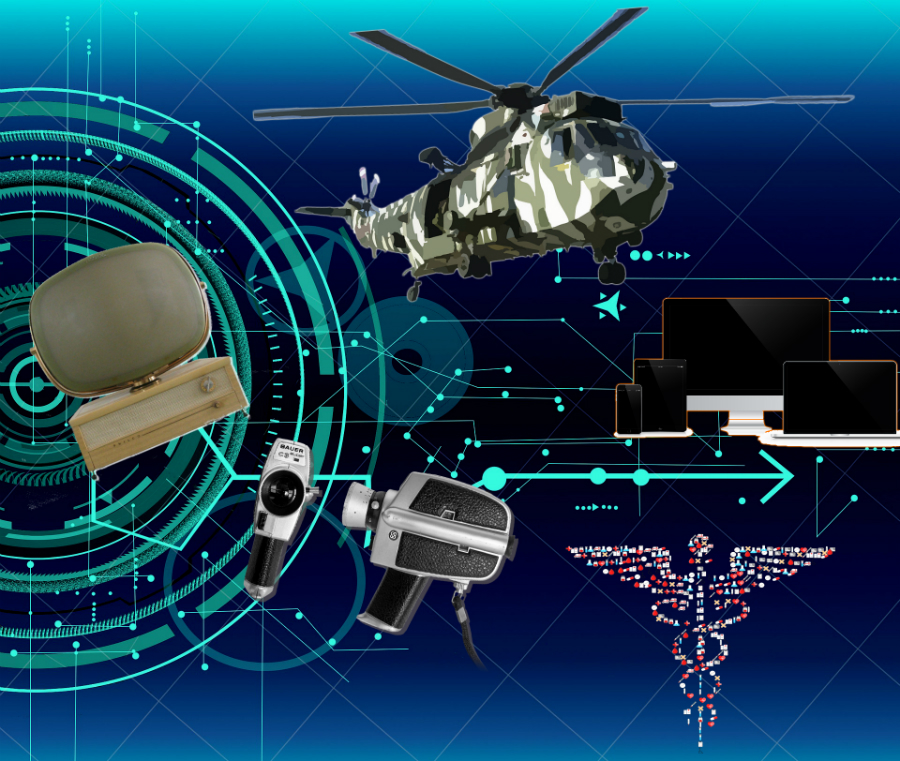