The Military Dependent Uniform (MDU) made a big splash in the military community, in 2019. Several hundred dependent spouses were hand picked to don identifying lanyards and t-shirts this year, in an effort to clearly recognize and delineate dependents from other individuals with DOD base access. The founders of this initiative, both declined to be interviewed but did released a profanity laden statement that would have to be entirely redacted except for a handful of prepositions and pronouns. Our supposition is that they are no longer friends and something about farm animals. 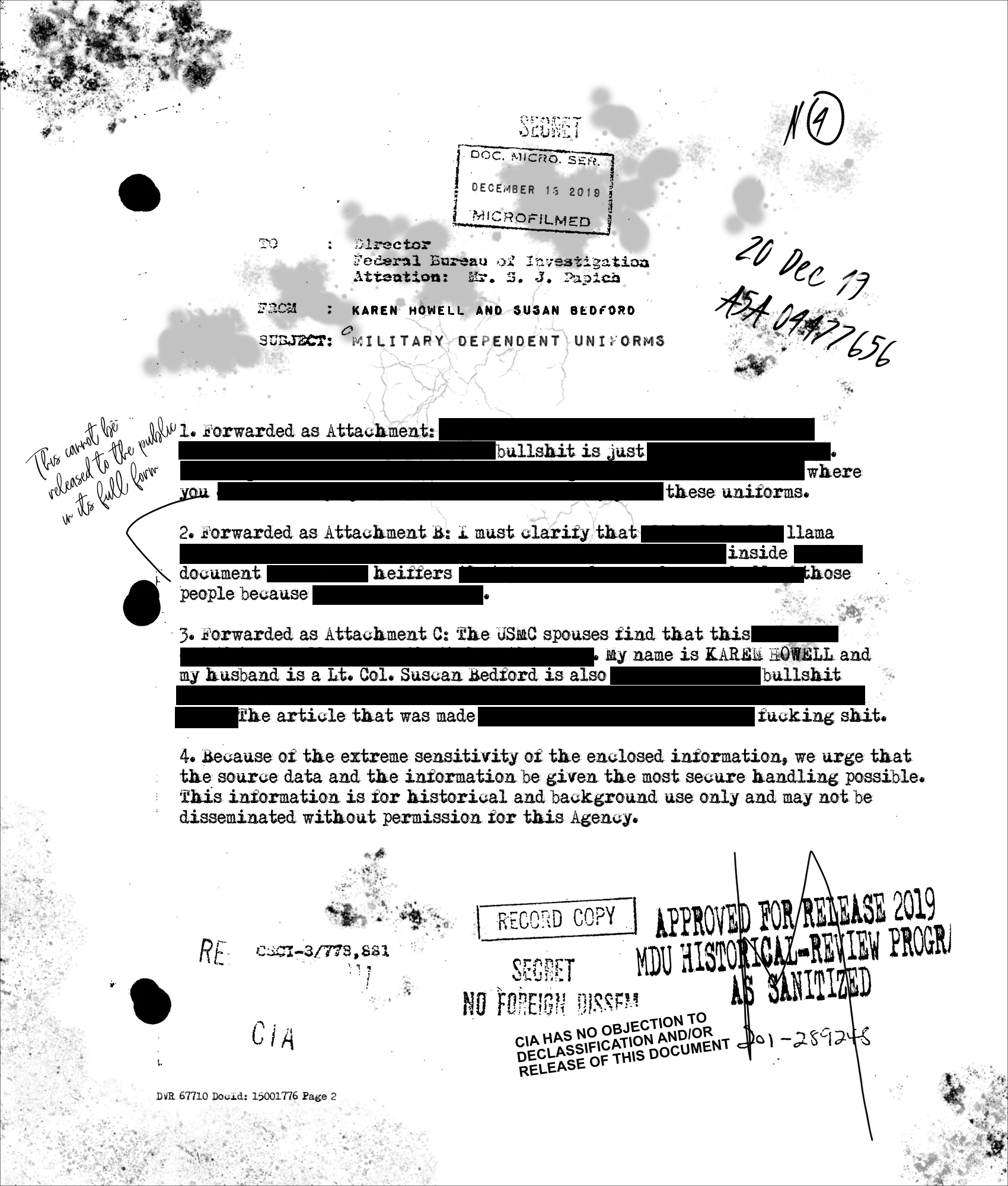 Fortunately, reviews from the test subjects and other individuals on those bases were mixed, but not nearly as vulgar. Positive outcomes included a reduction in demands to speak to the CO at front gates or mandatory family events. One very shocking surprise, for everyone, was improved job satisfaction at AAFES and NEX facilities. One worker happily reported that, "I haven't been asked if I know who anyone's husband is, in weeks. When they do that, you never know if they're about to accuse you of banging some dude or demanding a 10% discount."

Other reports weren't as positive. Accounts to the CO on Joint Base Elmendorf Richardson include several instances of eye poking, sprained fingers, and one near choking, that painted a picture of frenetic and out of control abuse of power. He banned the lanyards after three weeks and a forced closure at the DeCA commissary for emergency repairs. The test subjects were permitted to continue wearing the uniform t-shirts provided they did not, "behave like drunken sailors in Thailand." A second statement was released to clarify that all uniformed persons were expected to be polite and not cause any trouble.

The final decision on whether to continue rolling out the MDU to all bases now rests with the Dependent Joint Chiefs. They will be reviewing the data and conducting interviews until September of 2020 before making a final determination. They have not been without scandal. In addition to multiple resignations and rumored infighting, they demanded a name change after meeting in the Oval Office. If you recall, they were formerly founded as the Joint Chiefs Auxiliary Staff, JCAS for short, but abandoned the acronym after meeting the president. His pronunciation of the acronym as "Jackass" versus their preferred, "Jay Cass" led to a rift between them and the DOD. They refused to work until officials agreed to let them change their name. No word if the President will stop calling them jackass.

NOTE: This article is satire.

Article written by: DV SpookyCat; She doesn't purr but she will tell you if you're an asshole.